For the seventh consecutive year, the Sandra Schmirler Foundation has awarded six $5,000 scholarships to junior curlers pursuing their competitive curling dreams while continuing their post-secondary education. Scholars will be mentored by well-known champion curlers, Cathy Overton-Clapham and Pat Simmons.

“The selection process for this scholarship is rigorous and competitive. Each of our scholars excels both athletically and academically. And, they are all engaged with their communities and committed to giving back to curling and keeping Sandra’s legacy alive”, said Cathy.

“We are looking forward to sharing information and experiences as well as providing guidance, motivation, and support to these talented young athletes as they aspire to realize their own dreams”, added Pat.

As part of their scholarship, each of the new scholars will organize a fundraising event in their own community. At the end of curling season, the scholars will award a $10,000 grant to a hospital of their choice for the purchase of life-saving equipment to help save babies lives.

INTRODUCING OUR 2019-2020 SPIRIT OF SANDRA SCHOLARS 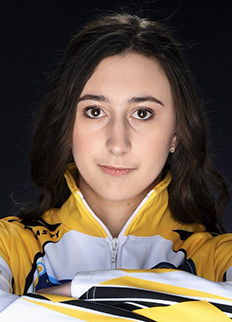 Emily Zacharias (Manitoba)
18 year old Emily Zacharias will be attending the University of Manitoba studying Kinesiology and pursuing a career in Physiotherapy. Her team represented Manitoba at the U-21 Junior Nationals. She’s won several other championships including three U-18 Provincials, the 2017 U-18 Optimist International, and a U-21 Provincial Championship in 2019. She has also excelled in both Softball and Fastball. “Being selected as a Spirit of Sandra Scholar is a dream come true for me. It’s an absolute honour to have the opportunity to help continue to build the legacy of Sandra Schmirler. Also, to have the opportunity to strengthen my own values by helping babies in need.” 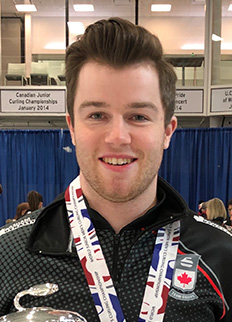 Rylan Kleiter (Saskatchewan)
20 year old Rylan Kleiter will be attending the University of Saskatchewan studying Accounting at Edwards School of Business. He skipped his team to a Bronze medal at the Canadian Junior Curling Championships. Rylan is also a three time U-18 and U-21 Saskatchewan provincial champion. His football team, the Saskatoon Hilltops, won the Canadian Football Championship on three occasions. “I am honoured to be selected to be a Sandra Schmirler Scholar by this amazing organization. It means so much to me to have the opportunity to contribute to both the growth of the Foundation and the sport of curling.” 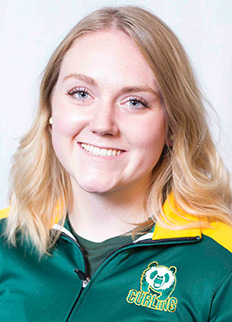 Paige Papley (Alberta)
20 year old Paige Papley is studying for her Bachelors in Earth and Atmospheric Sciences at the University of Alberta. Last year, her team was undefeated at the Canadian Juniors and won the silver medal at the World Junior Championships. Her team played in the Winter Universiade games and won their 2018 U-18 Provincials, 2018 U-Sports Nationals and 2019 CanWest Championship. “Being selected a Spirit of Sandra Scholar is a huge honour. I’m so grateful for the chance to meet the other scholars, ease some of the stresses that post-secondary and curling entail, while being able to help ensure that Sandra’s incredible legacy continues.” 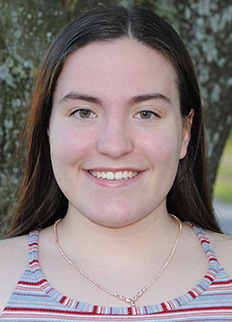 Jamie Smith (Ontario)
18 year old Jamie Smith will be attending Laurentian University in Sudbury, Ontario. She is enrolled in the Concurrent Teacher Education Program, allowing her to complete her Bachelor of Education while earning her undergraduate degree in mathematics. The highlight of last year’s season was winning both the 2019 Canada Winter Games and the 2019 Canadian U-18 Curling Championships. Jamie’s team also won a bronze medal at the 2018 Ontario Winter Games. “Being selected as a Spirit of Sandra Scholar means that I have an amazing opportunity to support Sandra’s incredible legacy while pursuing my own dreams as both an athlete and a teacher.” 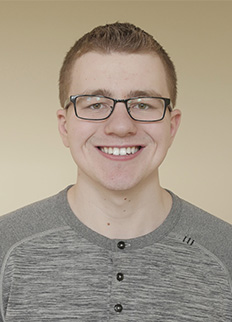 Dustin Mikush (Saskatchewan)
Dustin Mikush is 19. He’ll be attending the University of Alberta, pursuing a degree in Elementary Education. The highlight of the 2019 curling season was winning the Alberta Provincial Junior Championship and representing Alberta at the Canadian Juniors in his home province of Saskatchewan, with friends and family watching. “I’m extremely honoured to be chosen a Spirit of Sandra Scholar alongside five other talented student athletes from across Canada. I am excited to be part of the Sandra Schmirler Foundation, recognizing the importance of funding lifesaving equipment for newborn babies born premature and critically ill, remembering that all champions start small.” 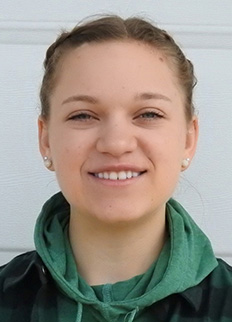 Skylar Ackerman (Saskatchewan)
Skylar Ackerman is studying Kinesiology at the University of Saskatchewan. She skipped her Saskatchewan team at the Canada Winter Games in Red Deer and was the Host team at the Canadian Juniors. Her team were silver medalists at the 2018 U-18 Nationals. She has scored two 8 enders in her young career and has been a member of both her cross country and golf teams. “Being selected a Spirit of Sandra Scholar is extremely humbling. I am super excited and honoured to be a part of this special group of Scholars while pursuing my dreams both on and off the ice.”