He Seemed Bigger Than I Expected. 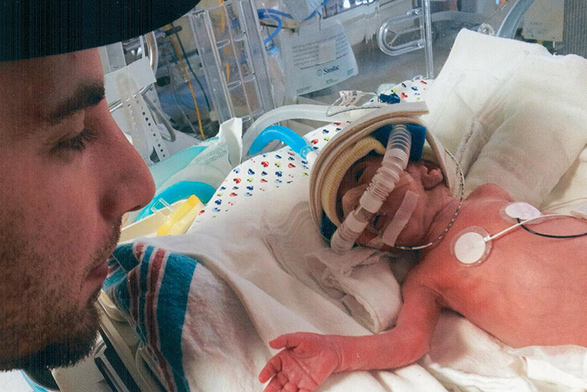 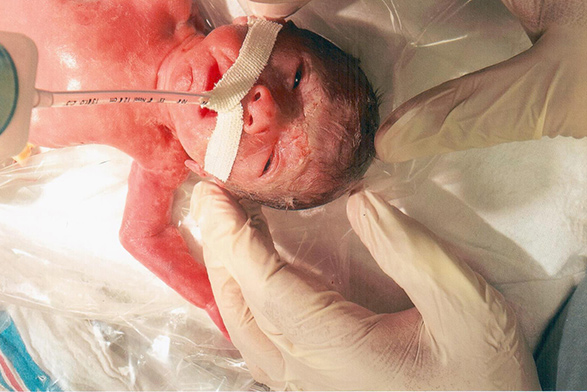 “The first time I saw my son was on the little screen of someone’s cell phone. He’d weighed in at 2 lbs. 2 oz. He was 25 weeks and 6 days old. It was the end of August; he hadn’t been due until December. I had never seen a newborn like this. A strip of white bandage tape was across his face; sealing a tube down his throat. His face was shiny, his eyes slicked shut, his skin so dark it looked purple. In some photos, he didn’t even seem alive.”

“It had been an uneventful pregnancy and we were shocked by its sudden deviation. Before my son’s abrupt birth, I was oblivious. I had no idea millions of babies were born prematurely every year. When I look at my son now I think of all the babies that came in and out of that NICU, of all the mothers I met there, the anxiety and tears.”

“My son’s prematurity has tinged much of his early childhood with sadness, with fear, with an uneasy understanding of the fragile nature of bodies, of the thin boundary that keeps us from disaster. But it has also magnified the joy, the gratitude, the feeling of peace when he sleeps in my arms, breathing on his own; when I see him smiling and running towards his grandparents; or the way he says ‘hello my heart’ as he uses his toy stethoscope to try and listen”.

“I used to look for miracles in life…now I understand how every breath is a miracle.”